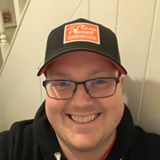 I started to write this post nearly two weeks ago. I say I started to write, I created the basic post, figured out how to put images in to a folder so that Hugo would see them and generate them and then I didn't actually write the post. Post was dated the 6th Feb. It's now the 17th Feb.

I had my bi-annual blod test done and general check up at the doctors late January. It was delayed from December due to a lack of appointments. As such, one of the blood tests that checks the blood glucose level on red blood cells (covering pretty much the previous 8 weeks) was high. This might have been due to 4 weeks pre-Christmas and 4 weeks post-Christmas, but even if I tried to use that as an excuse, its not really a fantastic situation to be in. 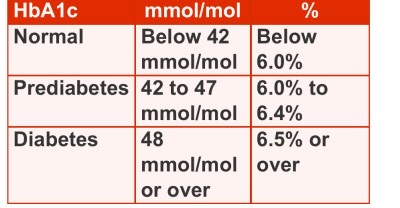 As you can see. A normal reading is less than 42. Up until this reading, mine had been below 42.

My reading this time was 46.

Just 2 away from being classed as diabetic.

I made fairly drastic changes on the day I found out. I generally use Huel as meal replacement for 2 meals a day. On that Thursday, I used it for all three meals. I had only 1200 calories. I was that…I guess flabberghasted.

Since then, I've been taking a healthier route. I still have treats, but every single thing that passes my lips is counted and tracked in Lose It!

I also bought an exercise bike. Not really something that I could afford at the time (thanks Paypal Credit), but I saw it as a requirement in order for me to not die.

With the weather being like it is, and being a parent to two young boys, it's hard to find time to exercise by say running outside. I'm also not at a stage with my body where I'm happy putting shorts and a t-shirt on to go out jogging again. That might come, it might not.

Since the bike arrived, I've been using it most days. I've had it just under a week. I did 20 minutes for the first couple of days and today I used it for 25 minutes at lunch time. Working up to 30 minutes and then eventually an hour.

Over the weekend, I used it first thing when I got up, and as a result caused myself insane hunger all day whilst my body tried to grab every calorie that it could. So I ended up eating more than I should have done really. Everything was tracked, and I still came in a little below my calorie allowance but it meant that the exercise had gone into food rather than being a deficit.

It's hard going. But knowing that this situation is fully reversible and I can fix it by losing weight has acted as a catalyst for change.

I've tried to lose weight before. It works for a bit, then I end up stopping and then I end up back in the same situation as before again.

This time I have to succeed. Whether that means I end up with a bunch of loose skin or not. I don't want to die. Well, not yet. I don't really have a choice in the matter overall do I?

Hopefully writing this blog post and getting it published will allow me to move on and blog about more things rather than just seeing this post in the draft stage in the content folder and thinking ‘yeah, I really need to go back and finish that’.

Haven't made a big song and dance about what I'm doing. Haven't posted on social media with ‘Hey look at me, I'm eating healthy’, haven't advertised my current situation. I probably won't blog about it overly - might add a before and after shot once I've lost something significant.

It's my birthday in a couple of weeks. No plans, don't think anything special is happening. There's nothing much on my wishlist aside from a 900+ quid gaming monitor and I can't see me getting that anytime soon :D