I can't believe that it's almost been a month since my last post (again).

We've had so much going on the last few weeks, it's been crazy. We've moved house - I'm living somewhere that I've never lived before and we're still waiting on getting the kids sorted out in their new school, but they should be back this week at some point, so that's at least some form of normality restored after the last 6 months of home schooling and god knows what else.

Moving house is definitely one of the most stressful things you can do, I really hope we don't have to move again any time soon, but I can 100% recommend using a removals company to move your stuff, because that at least took away a bunch of the stress we had that day.

We're just about unpacked now, I have a MattCave™.

I've never had a space of my own, not really - this is a dedicated room for my board games, tech and general geekiness. It's great. And I've finally got something for all the rubbish I've collected over my lifetime. 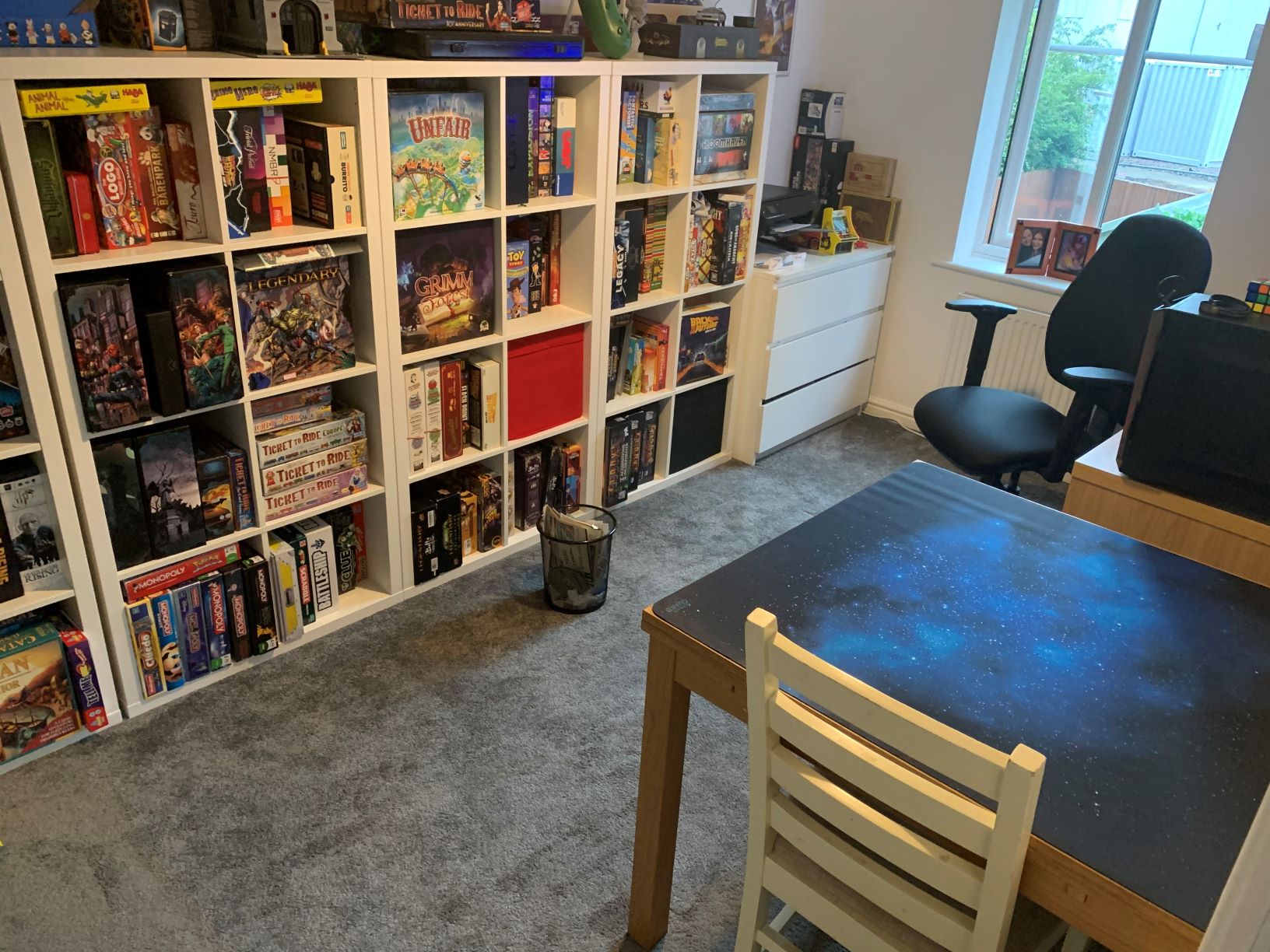 I haven't managed to play a boardgame in it yet - in fact, since we were on holiday at the coast I've played nothing. The last 30 days of my BGStats app is showing 4 plays and all of them will expire tomorrow.

Back at work and a lot of the weekend is again taken up with sorting stuff out.

Always seems like there's so much to do, all the time. I need a holiday :D