One of my ‘golden rules’ pretty much wherever I’ve worked is that we never release to production on a Friday afternoon.

There’s a few good reasons for this.

So, ignoring all my own advice, I made several changes to the printer after work yesterday, on a Friday.

Granted there’s only me using the printer, and I’m responsible for anything that I break, but still - making changes on a Friday evening might not have been the best course of action now that I think about it in hindsight.

I replaced the stock extruder with a lovely metal one, new gears and all the gubbins and also cleaned out the motor of filament I guess you could say dust, but I think residue is more apt. 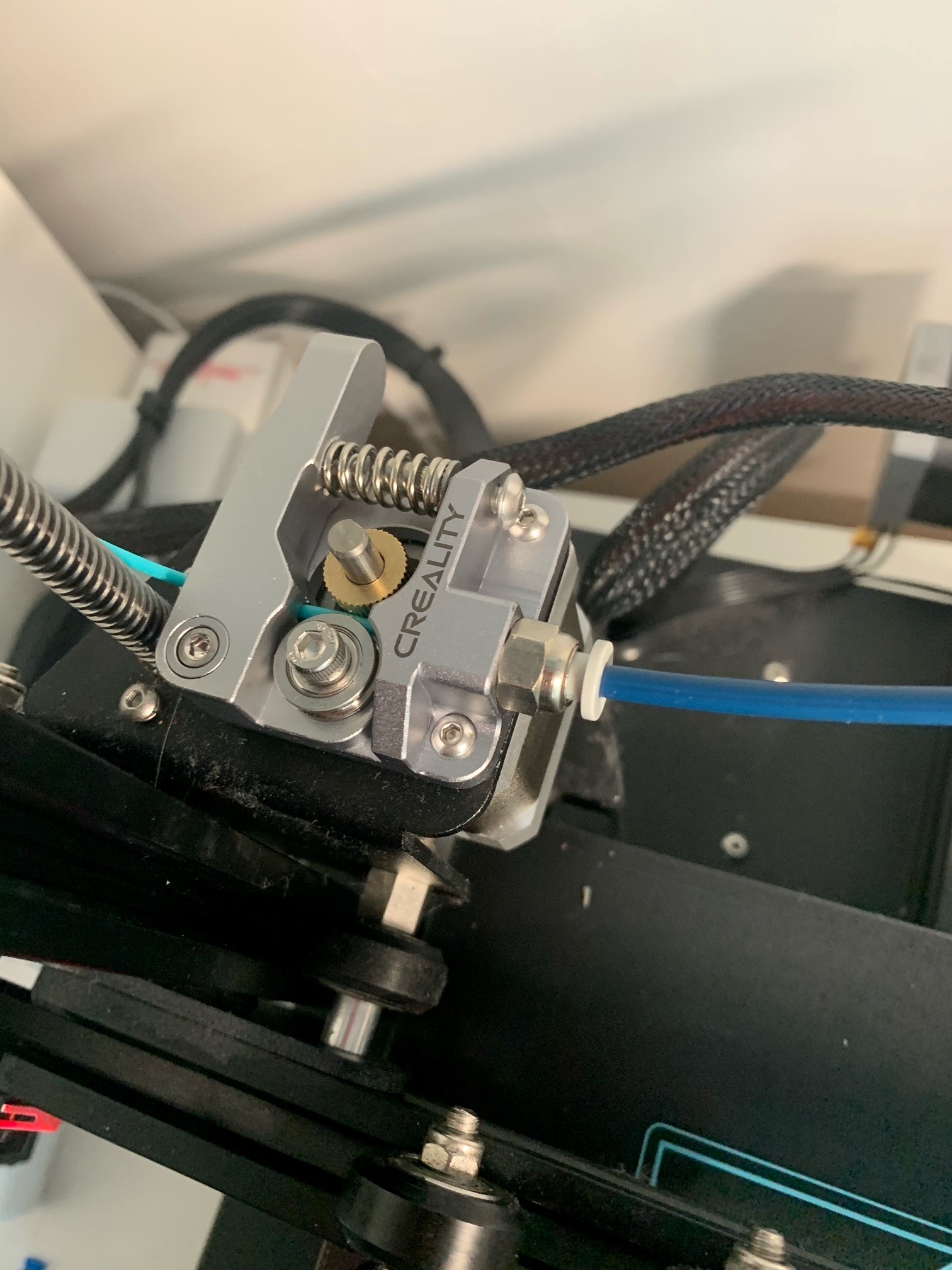 I put on a new tube between the hot end and extruder, this is meant to be much better than the stock tubing. 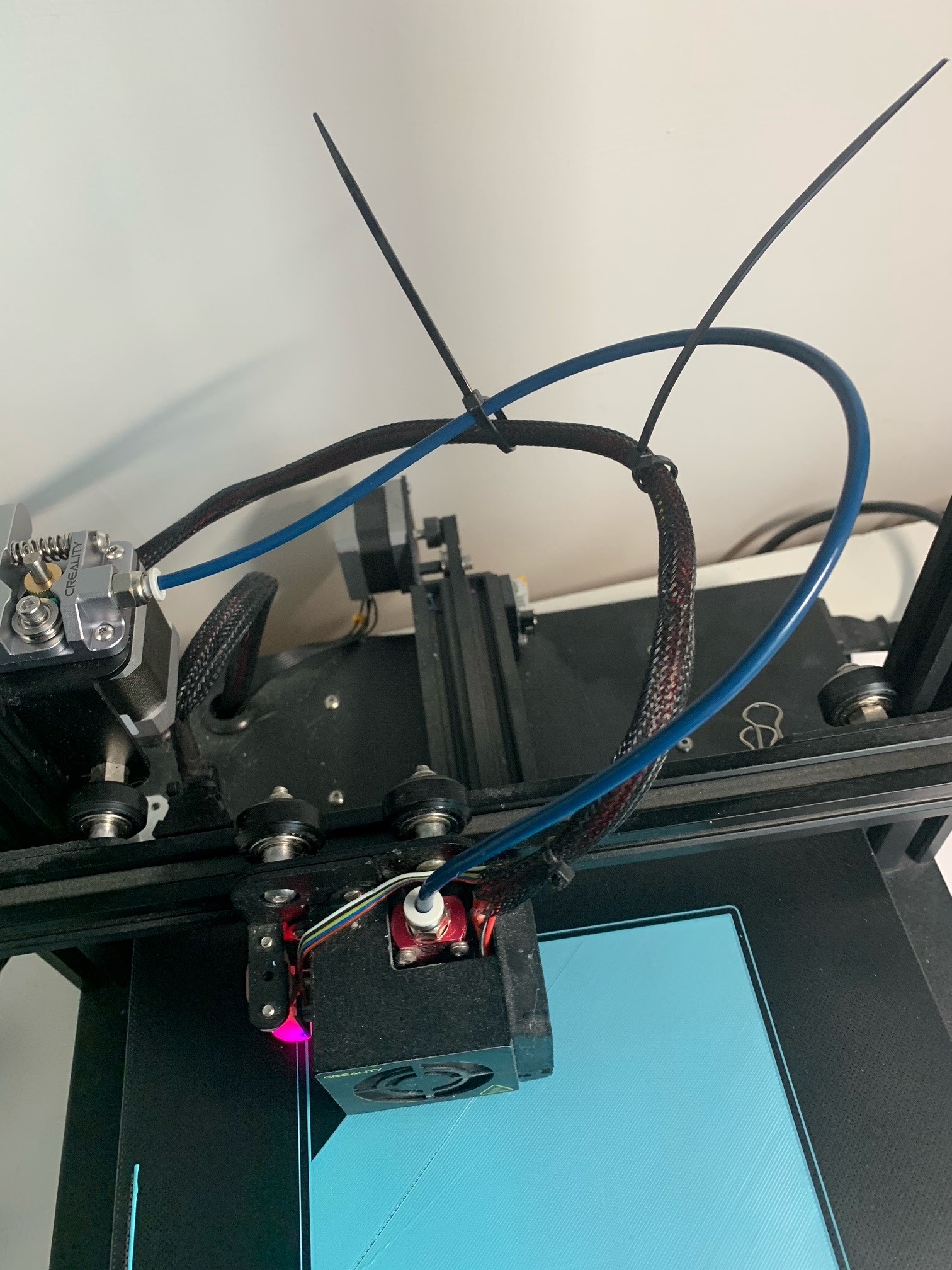 I replaced the nozzle, since we were replacing all of the things.

I replaced the bed with a brand new shiny one without any marks, residue, scratches or anything else.

And of course I made ALL the changes in the firmware after Kevin’s adventures in getting the Linear Advance and everything else working (he’s a good egg).

I think that’s all the changes I made. Felt like a lot yesterday. Think there were maybe 20 lines of code change, which is a fair bit.

Decided to try and print a calibration cube.

After replacing the nozzle with a new nozzle from an Amazon delivery from a different manufacturer to the existing nozzles.

And I didn’t do the Z-Offset before doing so. 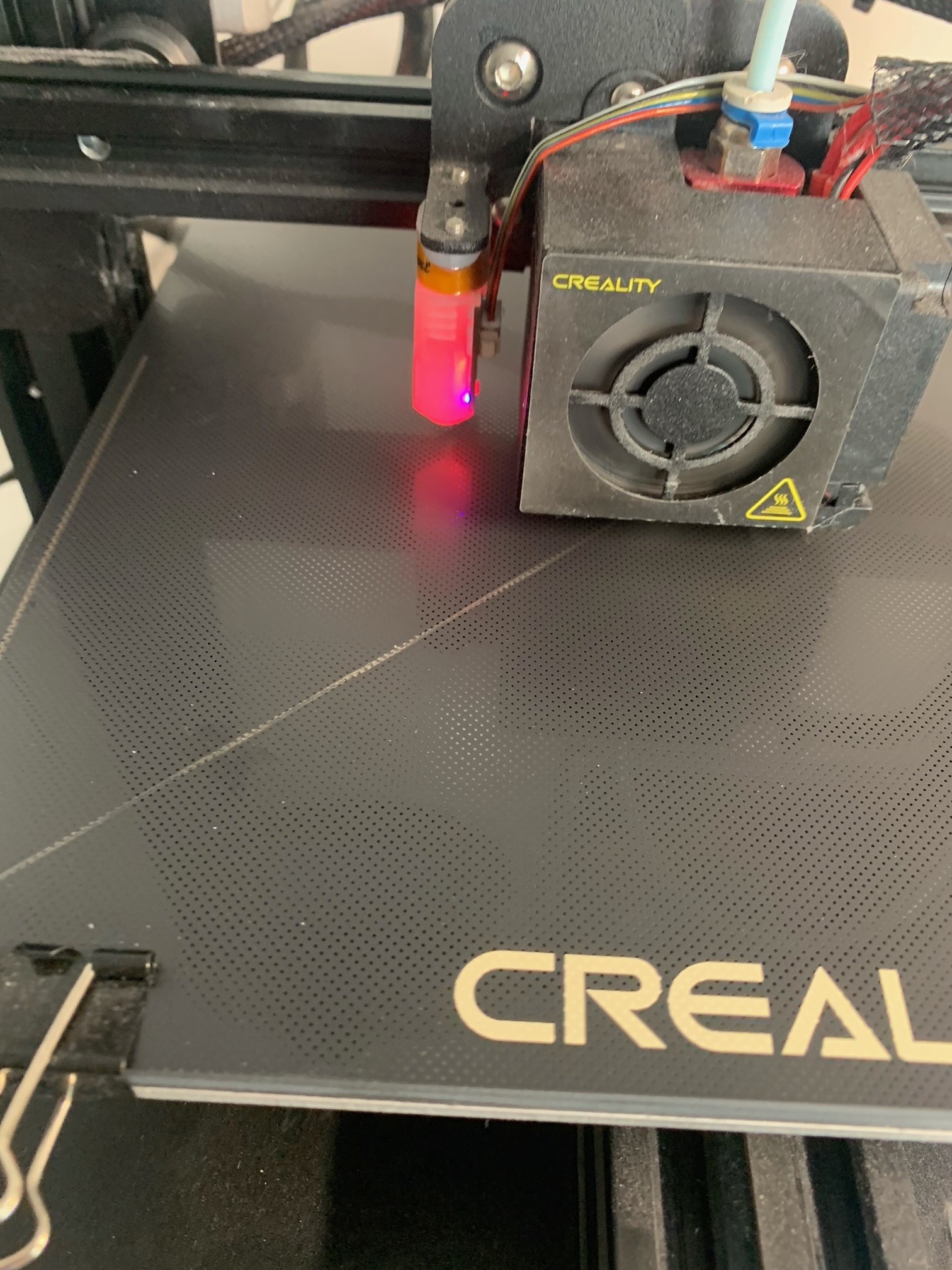 So, I stopped it. I felt very sorry for myself at having something so shiny and new and perfect and ruining it with the first use. It’s amazing how many times I’ve had similar things happen throughout my life - not necessarily with the first use, but I’m sure you’re familiar with that sinking feeling you get.

I’d also managed to somehow bend the BL-Touch sensor. So I had to put that back where it was.

Sorted all that, and I started to print a cube again.

Halfway through the print, there was a knocking noise, and it had stopped extruding. The filament wasn’t feeding through and seemed to be getting stuck. This wasn’t good.

Spent an hour or so messing around with different things and loosened the screw holding the spring on the arm that held the gear in place on the new extruder and that seemed to fix it for the most part.

I’d also ended up taking the tube out, resitting it, putting the nozzle back in, changing the nozzle (I went through four nozzles) and trying to get it into a position where it would print a cube.

Kevin also suggested I feed through the old tube and push it through (whilst the hot end was 210 degrees C) to get out any old filament from the heating block.

There was a load of it! The end of this tube was empty to before I pushed it through and it got this massive lump of filament out of there, it was a solid outer blue with allsorts of colours inside it.

I kept having issues, I lopped the bottom of the tube off, made sure it was flush, pushed it all the way through, pulled it back a bit, then attached (another) nozzle and tried again. 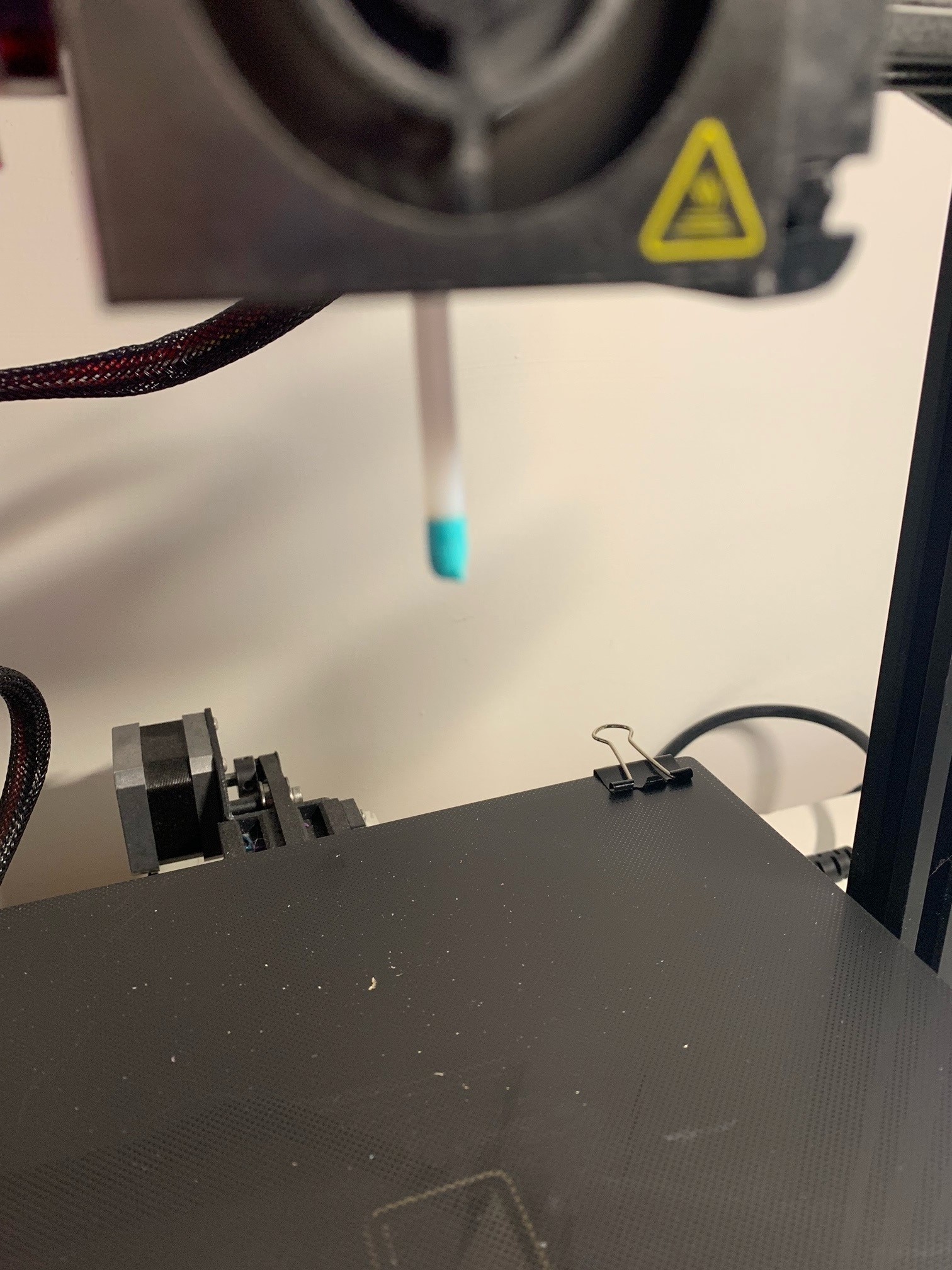 Finally, I got a cube out of it. 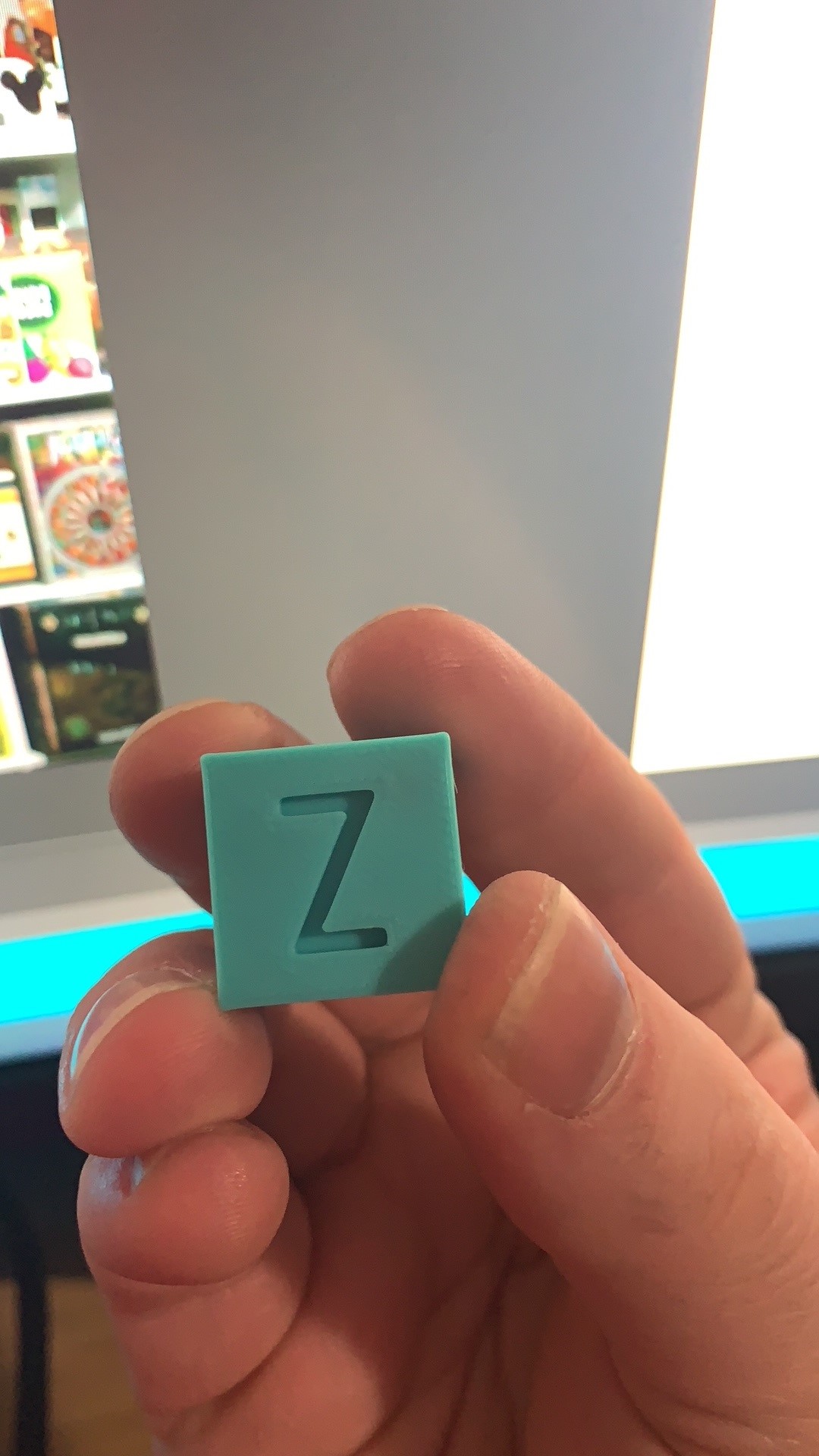 It was a pretty decent cube too, with nicely defined edges and definition. It was a good cube.

I turned off the printer and I went to bed. Ready to start a ‘proper’ print this morning.

The first few times I tried to start printing I ended up with communication timeouts halfway through the brim print and it just stopped. Was weird. Swapped USB ports on the raspi and all seems okay now.

So I started the tray. A little while in, the print just lifted straight off the bed. It did this a couple of times, I re-did the Z-Offset and tried again and got the same.

Decided to use some 3D-Lac and tried again.

Stuck fine this time but I was getting some really weird over-extrusion on the middle of the layer. Randomly.

I got my old firmware files (pre kevin changes) and built them in VS Code ready for deployment, I was looking to get back to that last known working configuration.

I stopped it, raised the Z-Axis a fair way and had a look at the underside of the hot block.

There looked to be filament coming out from underneath the nozzle.

Took the nozzle off, it was full of filament. I burned my finger.

I removed the tube completely. I burned another finger.

Got the old tube, again and put it through the hot end and pulled out yet more filament that had gotten stuck this morning. I burned my thumb in a different place.

Screwed the pneumatic end back into the heatsink, got yet another 0.4mm nozzle (I think I’ve used 6 inside 18 hours or so), connected that properly and then got the new tube and pushed that into the hot block until it stopped. I unscrewed the nozzle just a touch, pushed down on the tube some more then re-tightened the nozzle.

It’s now printing the tray, looks like the first layer had a little issue with either under extrusion or adhesion but the second layer is looking okay. 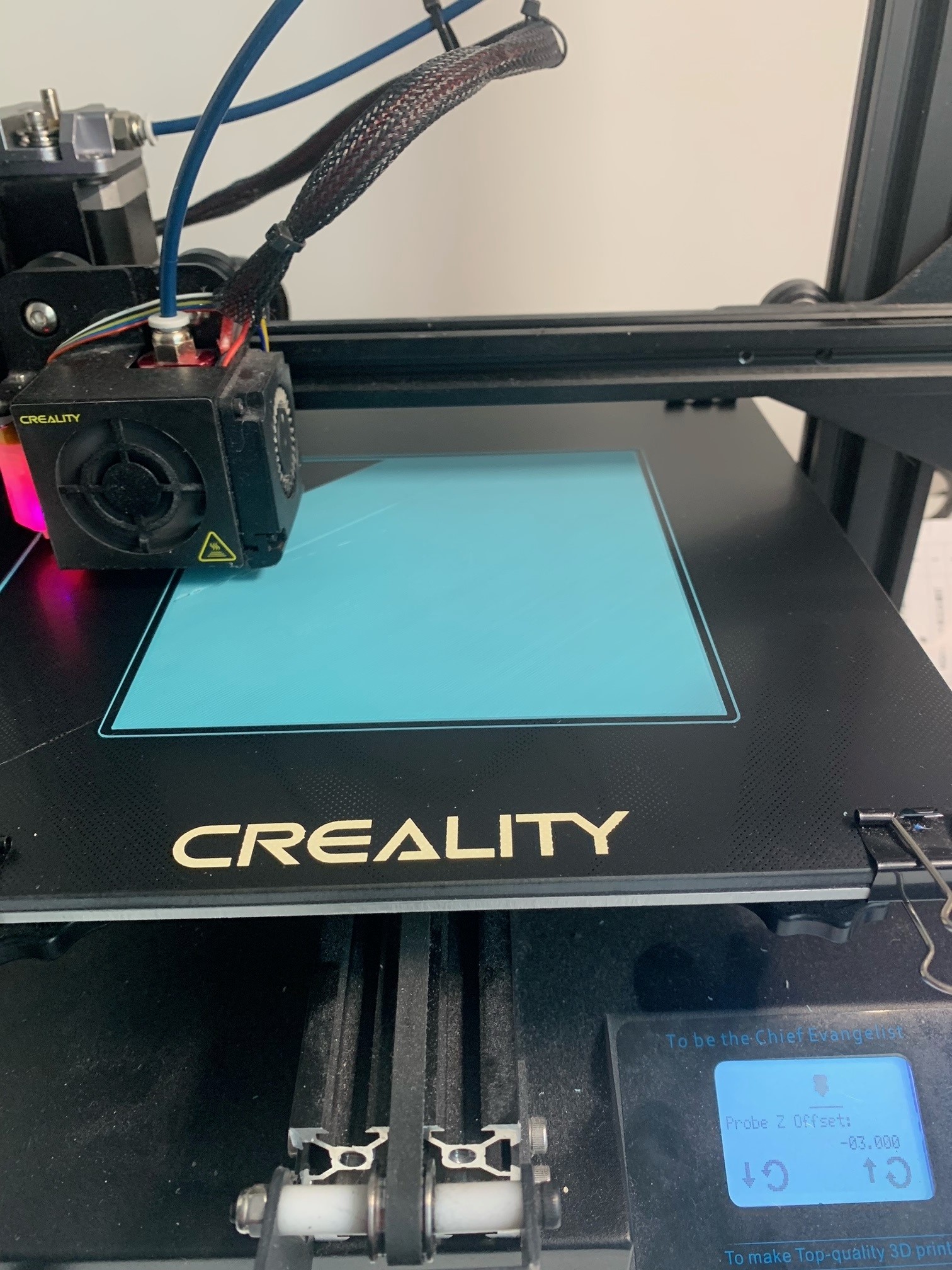 Gosh it’s really dusty under there isn’t it? I’d best clean that up after this print has finished.

We’ll see how it goes.

Before all these changes I’ve tried to print this tray twice.

It gets about halfway round and then ‘something’ happens, either with extrusion or with the thickness of the walls but it’s all brittle. This is the last of the trays I need to print for Dinogenics, and I’ve gone through sooooooo much filament with these issues this last few days. Hopefully it’ll be worth it.

I’ve learned a lot about the make up of the printer. I guess I kinda thought of the hot end and the whole mechanism of the way the filament gets to the nozzle as some sort of magic box. In effect, it’s actually a tube, with filament in it that gets pushed through a hot piece of metal which is heated to the temperature you set which then melts it and the pressure forces it down through the nozzle, at which point it extrudes.

You can manually force this by releasing the spring loaded switch and forcing filament through. It’s funny how your brain invents these ideas about what something is doing and the actual reality ends up being that much simpler. Hmmm. Wonder if that’s just me.

Obviously you can follow the progress of the tray (and whatever else happens to be printing on the home page of this website. If the printer is online, you’ll see a live feed. Otherwise you’ll see a placeholder image.)

So I probably need to buy another set of 0.4mm nozzles in the not too distant future and I need to get a week or so of stability with the printer. It’s going to be a little while before I’m confident enough to leave it running either overnight or whilst we’re out of the house too.

Just noticed that the nozzle looks to be leaving a few ‘dirty’ marks on the print, thought it was that you could see the bed through the tray but I’ve peeled off the print and its definitely from the nozzle. Looks like the Z-Offset might have been a tad too low, adjusted it mid print to a level I’m happy with and have set it off again.

The good news is that mark the nozzle left yesterday on that first print looks to be coming away.