In yesterday’s update I said how I’d managed to get everything fixed and all was working, or so I thought.

I started having some issues with extrusion. The bed wasn’t level and the Z-offset was dragging the print.

I was also getting strange stoppages where the print would start the brim, do a line then lock up.

There were a few weird timeout issues too.

We’d changed that much in the firmware that I really didn’t know where or how to start.

Desperate to get back to some level of known good configuration, I went back to the firmware from Wednesday before any of the changes.

I was getting some weird filament feed behaviour still so I had one last ditch attempt at re-connecting the filament feed.

I took the assembly apart (again), and put it together in this order:

Make sure you heat up to printing temperature

I was looking at bed levelling and trying to get the bed as level as I could, it was printing some patterns, looked okay in parts and wasn’t right in others.

Then it just stopped.

I couldn’t figure it out.

Then I tried to manually push some through and it came through just fine.

I looked at the extruder and saw that the gear had slipped down the shaft. Balls.

I had to take the entire extruder assembly apart, used a screwdriver to move the gear up so that I could get to the allan keys (it was still fairly tight), then I tightened the little allan screws on the gear tighter than any allan screws should be. It’s not going to move now.

I got all that sorted, printed a cube and all looked okay.

I started the tray again: 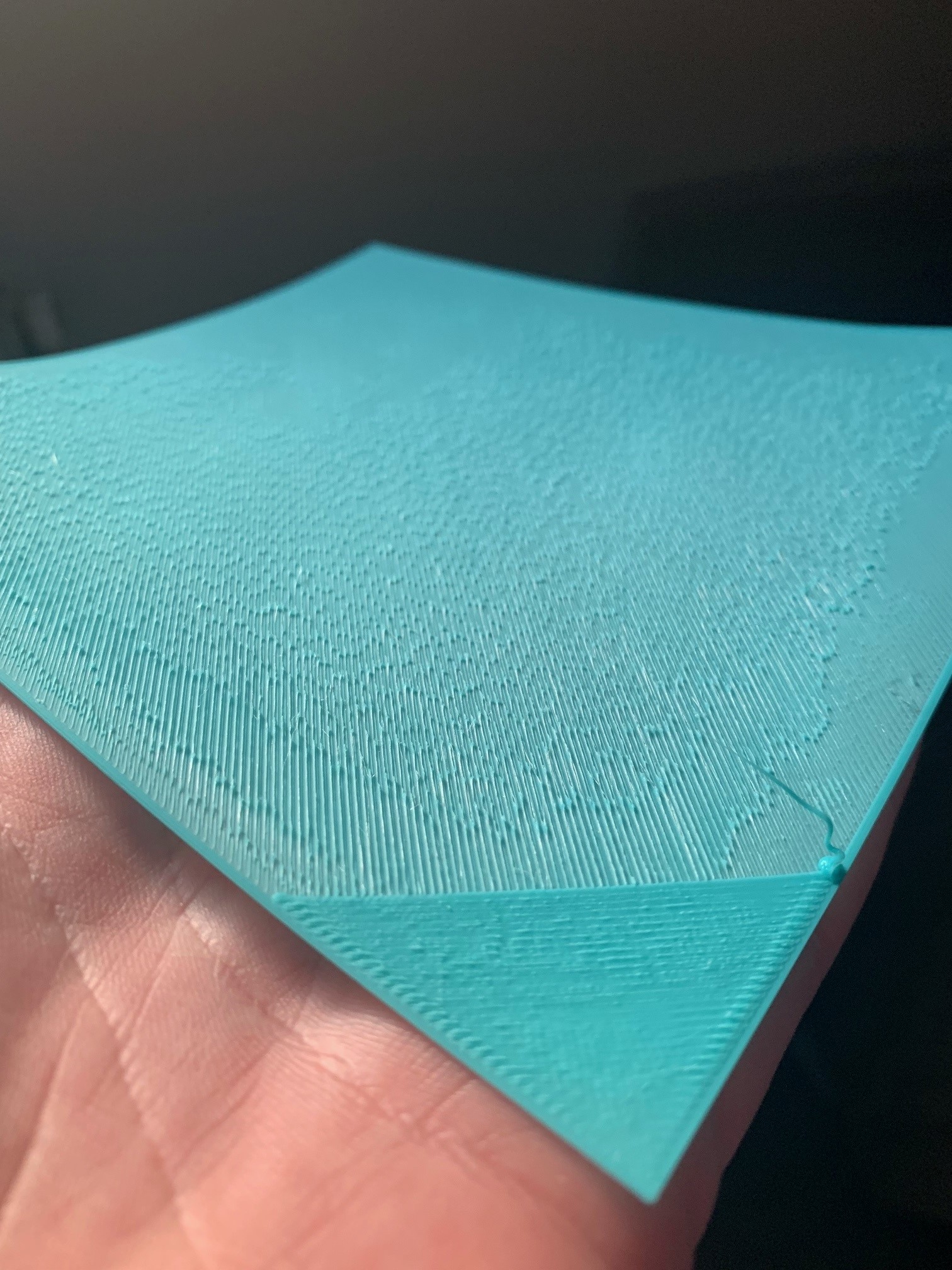 I set the extrusion steps in the printer using M92 and tried to bring it down from 101.20 to 96. Had the same sort of bobbling, but not as much.

That was too much.

This is under extrusion, and maybe a wrongly set Z Offset too. 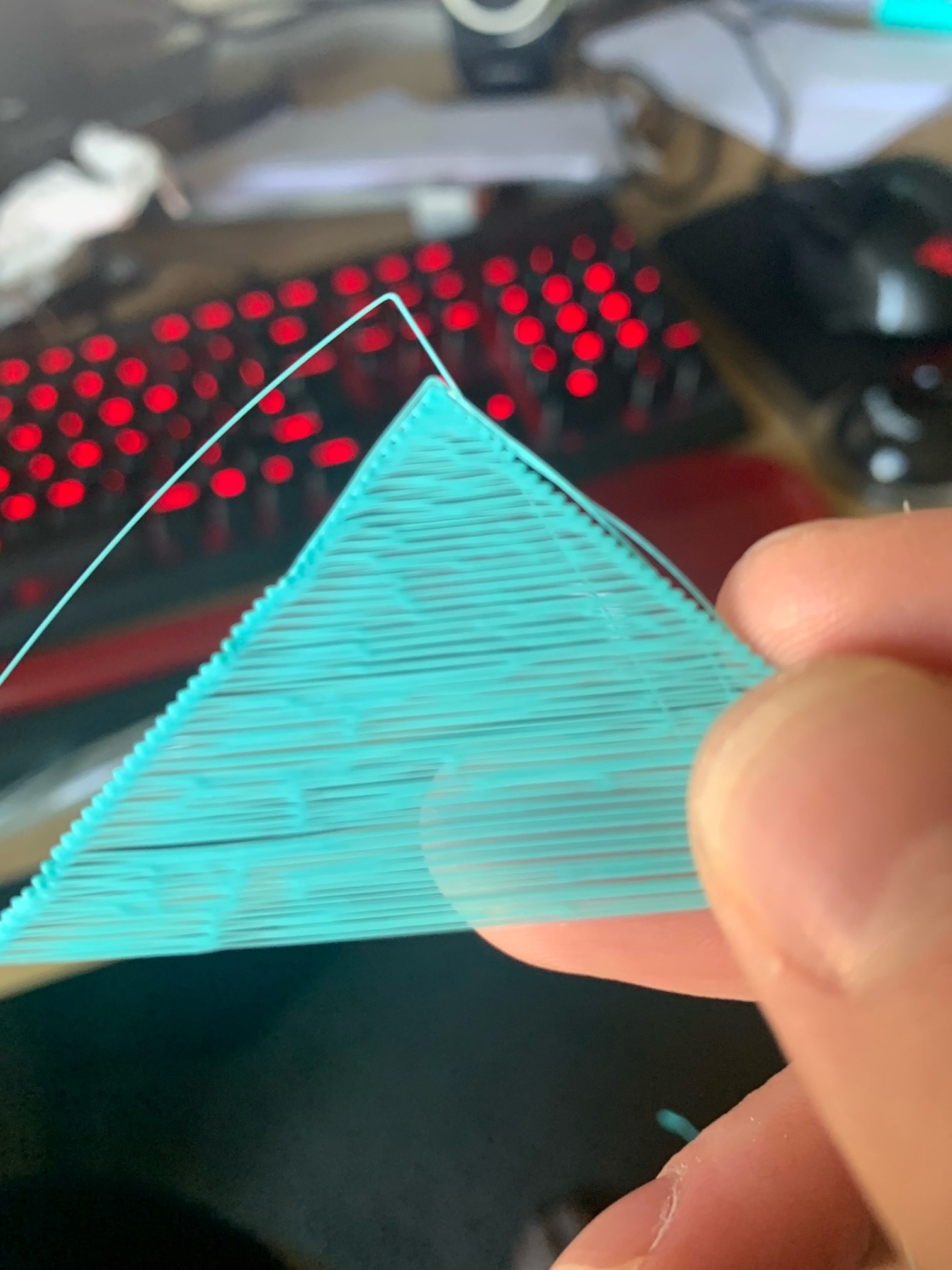 I set it at 93, and it looked pretty much perfect.

Kevin gave me a link to a Prusa Knowledgebase Article and it had an STL to print a cube, using some vase settings.

I printed it after adjusting a few settings around fans for the layers and ended up with this: 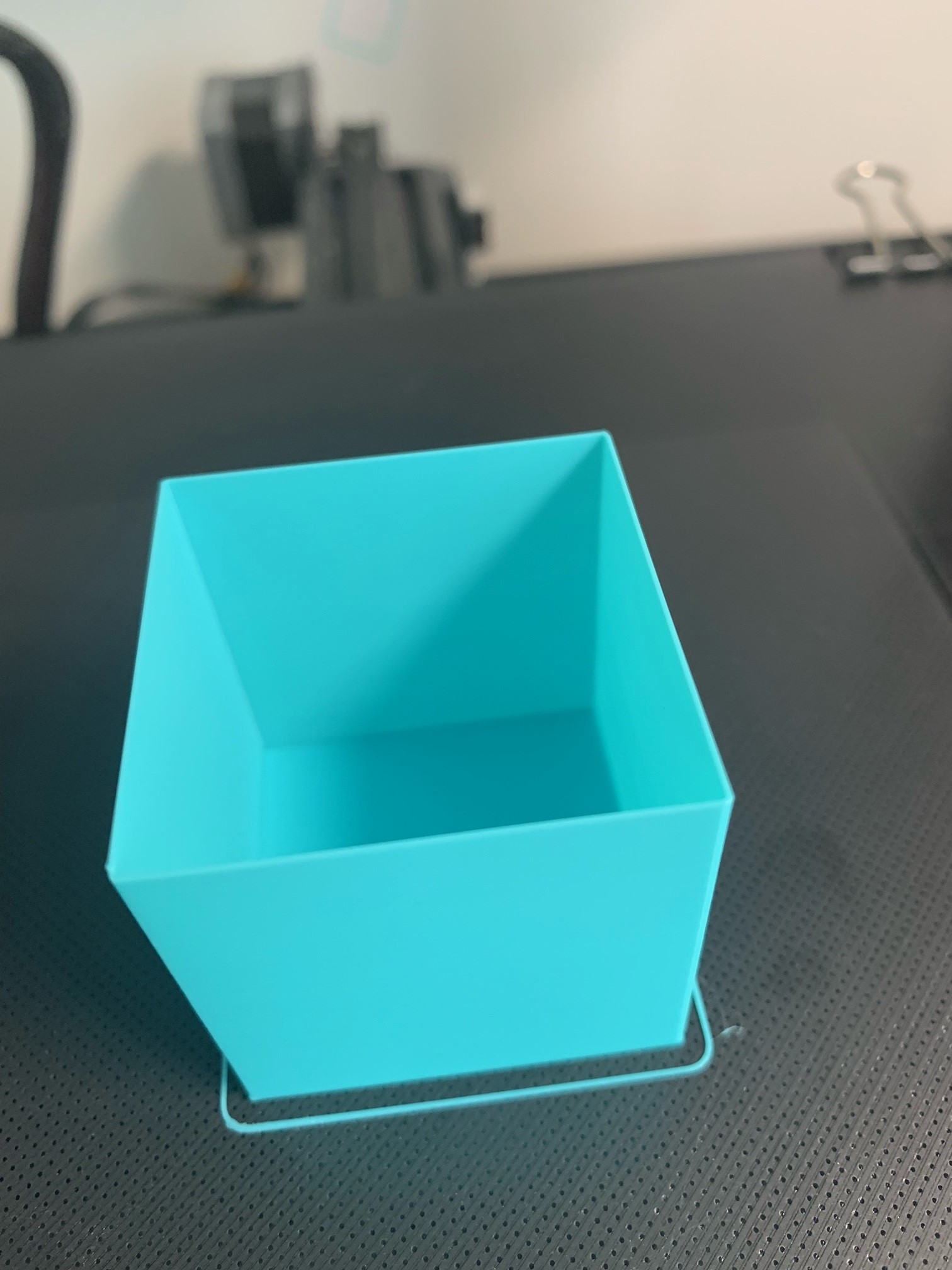 The cube was strong, you can hardly see the lines between layers and it looked fantastic.

I decided to try and print the tray again.

I had a couple of issues with adhesion so 3D-lacc’d up the bed and it is printing again now.

This is where we are right now.

It’s printing and it looks good, it’ll be interesting to see what the final print looks like, I’ve never managed to get this tray to print (and I’ve had maybe 8 attempts at it now in the last week)

I’ve also adjusted the focus on the RasPi cam so the image on the stream should look a little sharper, with any luck :D

Obviously I don’t have linear advanced enabled at the moment. I don’t have the new stepper drivers in play in the firmware. I don’t have any of the additional settings in that Kevin is currently running.

I definitely need to bake that extrusion setting into the firmware - unless I’m going to be enabling the extra features (probably will be) and I need to double the extrusion rate.

I still can’t get over how quiet the printer is.

In terms of where it is at the moment, it’s great. I know I can get more out of it so I will be playing around with the firmware again (after taking a hard, hard copy of the current files for a backup, and maybe a backup of a backup), those stoppages/random hangs are troubling though.

No mention of any undervolt messages in /var/log/messages so I don’t think its a power issue to the RasPi.

Printer hasn’t missed a beat since I rolled back. We’ll see how things go. I’ll probably enable one or two things at a time, do some test prints and go from there and try and figure out why I’m having problems and Kevin isn’t.

One of the good things about all of this is that my c# skills are definitely improving. I don’t think I’ve looked at it properly since I was in 6th form. Back then it looked like nonsense. Now it looks like code, I can read it and I can tell you exactly what it’s doing and where.

Clever that. I still don’t like the fact it uses a # the way it does.